Attack of the Blue Feather

A feather was lying along the path through the woods. It was large and beautiful, and had belonged to one of the birds that lived there in the trees.

When I brought it to the City I quickly learned it did not belong here.

You can see what happened and the message it left.

I’ve often wondered what it is about Southwest Florida’s tropical landscape, its swamps and tropical foliage that gives its natural areas a feeling of mystery. Is it simply that the landscape is unfamiliar to those of us from other places? Or is it the density and lushness of so much life packed together — along with a sense of the things that lie hidden just beneath the surface.

Whatever the source of the mystery, it is a landscape worth saving. 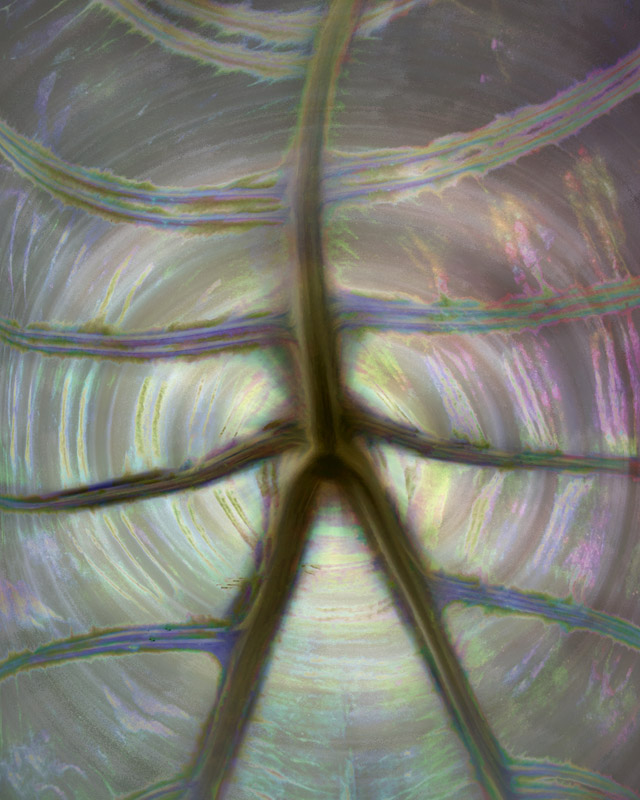 Thousands of people travel to Southeast Alaska every year to experience the grandeur and wildness of its natural wonders. But getting to those wild places is itself a business of industrial scale — an industrial counterpoint to the experience of nature that is the goal of so much travel.

There is tension between the experience of nature and the means to achieve it. It is important to acknowledge that tension, while recognizing that the man-made and the natural environments each have their own rhythms, needs and contributions to make. Each can make room for the other. 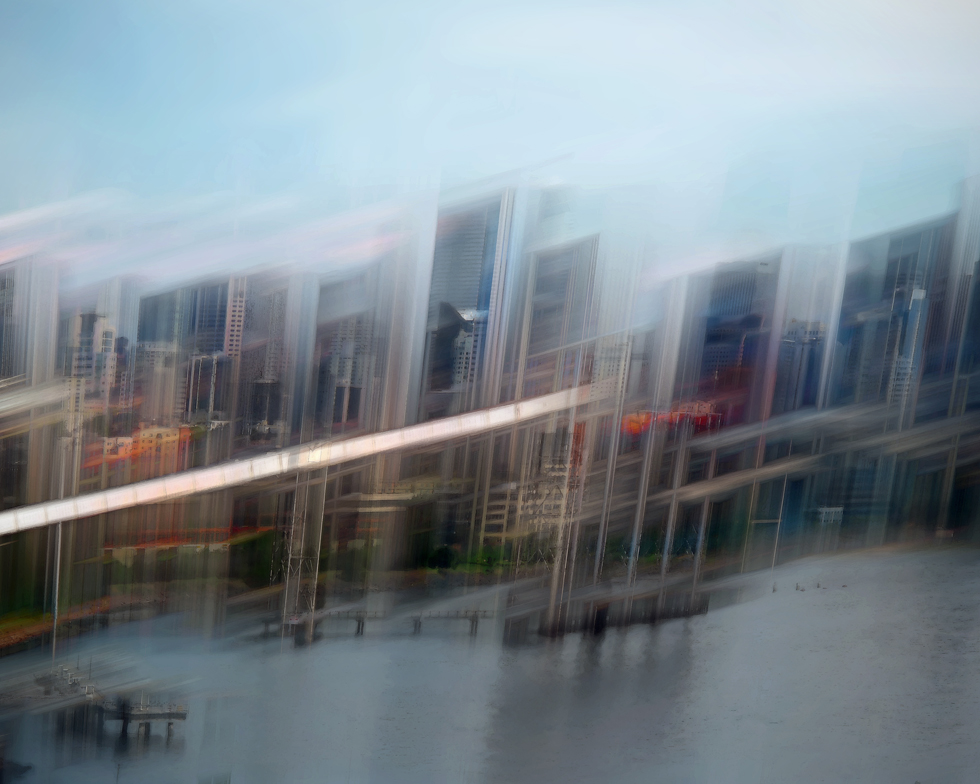 A Modern Fireplug in the Weeds

Next to a modern glass office building on a busy street was a small patch of weeds about the size of an executive’s desk. In the center stood a shiny brass fire hydrant. It looked almost like it had been put there on display, as though this were some sort of zoo.

Urban details like this often provide visual clutter rather than interest. But this fireplug in the weeds became the inspiration for two very different reflections on an urban landscape.

Concern with the modern world’s problems can lead to frustration not knowing how to help fix them. But in that frustration and the rush of daily life it is easy to lose sight of why it matters. The editors’ comment in the March-April edition of Orion Magazine says it well:

“What is much harder is to live life in a way that does not ignore, rush past, or postpone that part that has to do with enchantment. … [I]n our effort to live more lightly on the planet, enchantment may be the resource we need the most of.”

Perhaps one of the many roles of art is to help make enchantment more accessible. Rather than being an escape, enchantment with the natural world and with each other may be an antidote to the disregard and mean spiritedness that seem so common today.

A circle of tightly clustered snails near the water’s surface seems to overlap the circle of rock polished by the action of the sea. Below, an arc highlights a cluster of red globules on the beach next to the round seagrape leaf. While the circle is not always an easy design element to work with, it has always been a powerful symbol and metaphor. These images allude to that power.

Life and Death on the Beach

Sandy areas of the beach are riddled with the holes of ghost crabs that scurry in and out, leaving their trails in the sand. While the dismemebered crab remains near this hole is not a ghost crab, its proximity to the trail of the live crab was poignant reminder of the rhthym of life and death on the beach.

The colors and shapes of the rocks along the shore tell the story of another, much slower, rhythm. As inevitable as life and death, this is the rhythm of the earth itself as rocks are thrust up and then worn down over the eons by the sea.

St. Croix is over-run with feral chickens, free range at its utmost. Of course, no one eats them (too tough or something like that). Instead, nearly all the chicken consumed (and it is a local favorite) are shipped in from Tyson Foods, or some similar factory farm. So except for the danger from cars (and an occasional dog or mongoose), these local chickens are relatively safe. And it seems they have that and much more to crow about, starting well before dawn.

Some of them will proudly stand for a moment, as though posing for a portrait. But more often they are busy scratching in the dirt for a bit to eat, bright yellow legs doing much of the work. And some, like the gent at the bottom, seem very much in a hurry to get somewhere else… places to go, people to see, you know. Not unlike us. 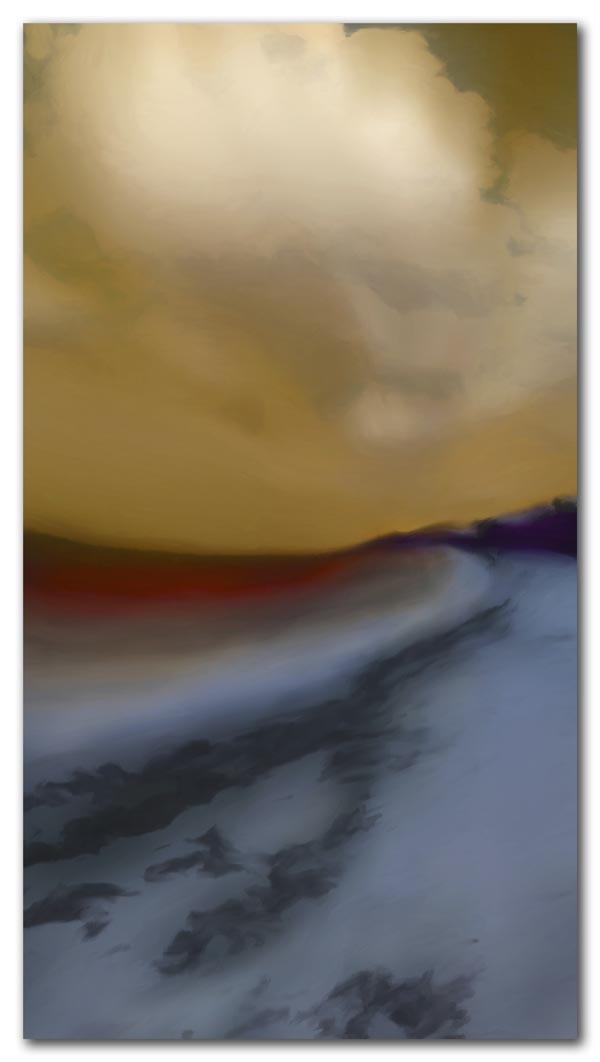 Living so close to and surrounded by the sea, one develops a relationship with it — probably not unlike the relationship desert dwellers have with the desert, or forest dwellers with the forest.

This awareness of place can help us be more attuned to messages from the world around us, and sometimes even feel its joys and pains.

These are two images from a short visit to northeast Iowa and nearby Minnesota in June 2010. To the east of this area, the gently rolling plain gives way to steeper more wooded hills and valleys leading down to the Mississippi River. To the west, the woodlots become scarcer as the land rises imperceptibly to a higher and flatter plain ideal for wind farms layered over the corn and soybean fields. It is a place of contradictions.

The land is open, weeds grow along the gravel roads, and many places are more than an hour’s drive from any town of 10,000 or more. Yet the landscape is being industrialized. Wind turbines, power lines and communication towers sprout like weeds; large scale hog operations miles away reveal themselves when the wind blows from their direction; and except for the Amish, modern chemical-intensive no-till farming has largely replaced more traditional methods. Some townspeople believe cancer rates are rising, and they suspect the presence of farm chemicals in their drinking water.

Many of the original settlers in the area were Norwegian, and that remains a dominant cultural feature today. There is an emphasis on utility more than design, lending an unpretentious plain-ness to the environment, culture and social life, and perhaps camouflaging the changes underway.

For example, until recently, diversity meant the comfortable divisions between Lutheran and Catholic, Norwegian and those of other European heritage, or even between individual families. Although a stranger, I looked like I belonged, and was always greeted with a smile and a wave. However, in recent years there has been an influx of Hispanic laborers who have taken jobs in meatpacking and the few other factories. An undercurrent of the modern anti-immigrant fear of the “other” spreads invisibly like the poison from the fields into the groundwater. Natural beauty, the past and the future collide.

Slideshow with more images from this series.