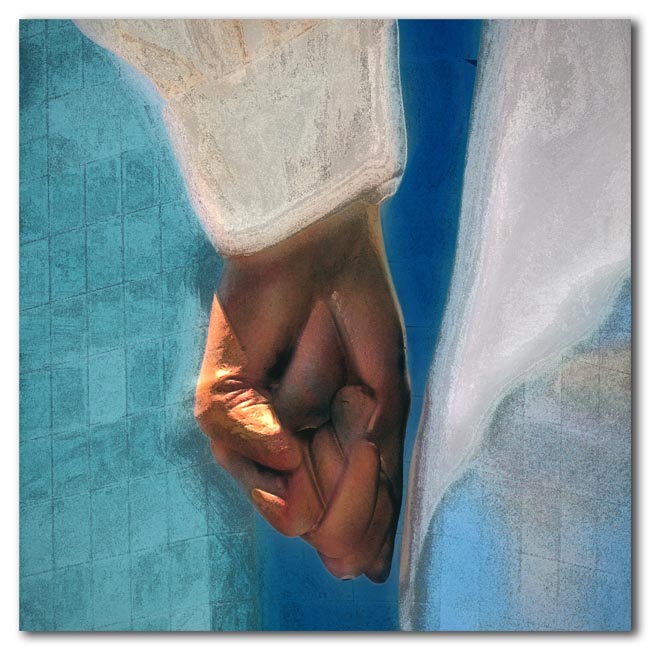 Public art on a grand scale often garners attention, both good and bad. The 25 foot tall “Unconditional Surrender” by Seward Johnson along the bayfront in downtown Sarasota is no exception. There has been plenty of controversy since it first arrived here in 2005, with some calling it tacky, inappropriate and out of place along beautiful Sarasota Bay.

Also known informally as “The Kiss,” the sculpture appears modeled after the iconic Alfred Eisenstaedt photograph of a sailor returning home on V-J Day, kissing a nurse and nearly sweeping her off her feet. The artist claims a public domain photograph of the same couple was the actual reference for the sculpture.

In addition to criticisms of its artistic merit and debates about the proper attribution of sources, the sculpture has raised issues about the concept of unconditional surrender in war and in the woman’s surrender to the man. On the day these photographs were taken, the sculpture had been defaced with red paint running down the inside of the woman’s leg onto the ground at her feet.

Public art is often intended to decorate or beautify a public space, and many argue that this piece is garish and fails in that regard. However, if public art is also allowed to bring sensitive issues into a community’s awareness, perhaps there are ways this piece succeeds after all and is no more out of place than the structures, vehicles and ideas swirling around it. 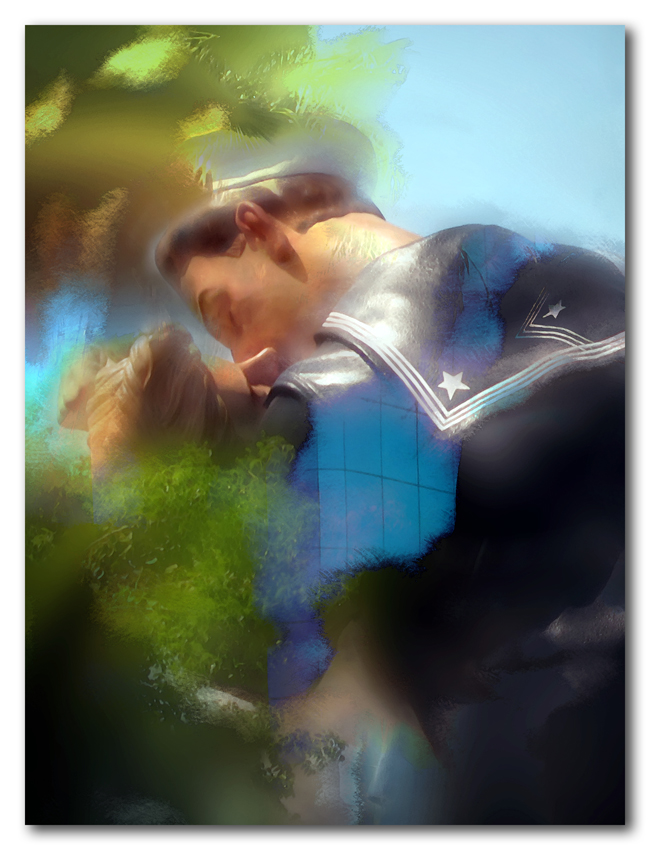