Everybody loves a parade 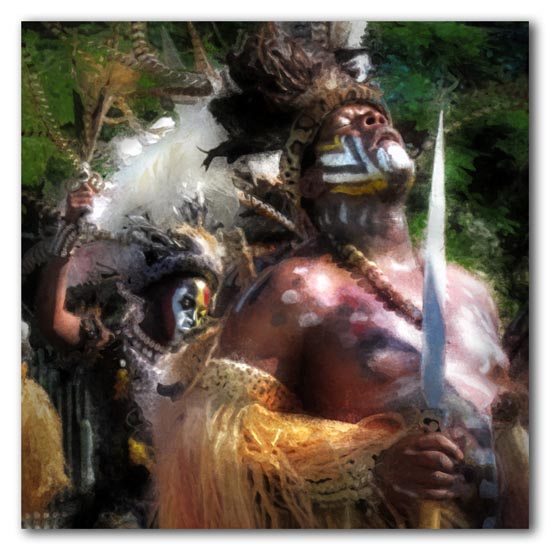 These images are part of a larger series from this year’s festival parade in Frederiksted. Fortunately, we arrived in Frederiksted about two hours after the parade was scheduled to begin, and only had to wait an additional hour. When we left some time later, people were still arriving with their chairs and coolers. I understand the festivities went well into the night. You would think I would eventually learn the rhythm of the place. By the time I do, I’ll probably no longer have the stamina to participate!

The first image is from a dance troupe celebrating their African heritage. While the costumes may not have been as large or colorful as some of the more traditional carnival-like troupes to come later, I thought the group’s costumes and dance were especially interesting and heartfelt. The bottom image is of one of the several groups of young majorettes on the island. The blue velveteen uniforms glowing in the sun formed a striking band of blue as the young women lined up to march further down the street. 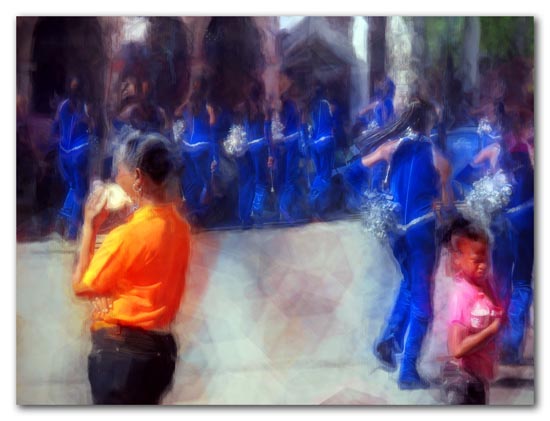 ← Almost abstract
A conundrum of sorts →

6 Comments on “Everybody loves a parade”